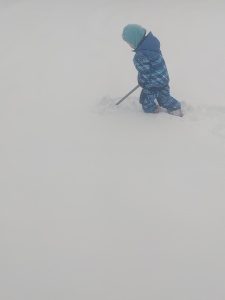 Today I met my elderly neighbour. We have lived in this house for close to four months now, have seen him come and go but never actually met him. Today I saw him outside about to shovel his driveway. I saw my chance, introduced myself and offered to snowblow his driveway, after all, I just did mine. He was relieved that I offered and graciously said yes.

And so, I snowblew (snowblowed?) his driveway, and he was very happy. So much so he gave me a very nice bottle of whiskey that I begrudgingly (yes it was you dicks) accepted.

Turns out he is a doctor, his wife is in a home, and he opened up to me about his depression. Also, he said he was very happy to accept my offer of clearing his driveway because a good friend of his died last month of a heart attack after shoveling his driveway. As he put it, “After shoveling all the snow, he went inside to read a book and relax. He put the book on his lap, closed his eyes, and died. I still don’t know what book it was.”

My new friend, whom I will refer to as Z, still had a sense of humour. In an odd way, it was tragically refreshing. To talk of depression, being alone, death, and still telling a joke as if to defy the negative, and punch up the strength of will it takes just to be where he is at his age.

During this, my son then came to the window of our adjacent home and was knocking and waving to both of us. Z said, “That is your son. I see him running around. You have a younger child too yes?”

“You are very lucky,” he said with a hint of reminiscence.

E and I have decided to have him over for a visit. Not just once.

Here is the John Irving reference in the title made clearer. All of these are recurring 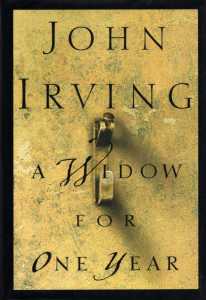