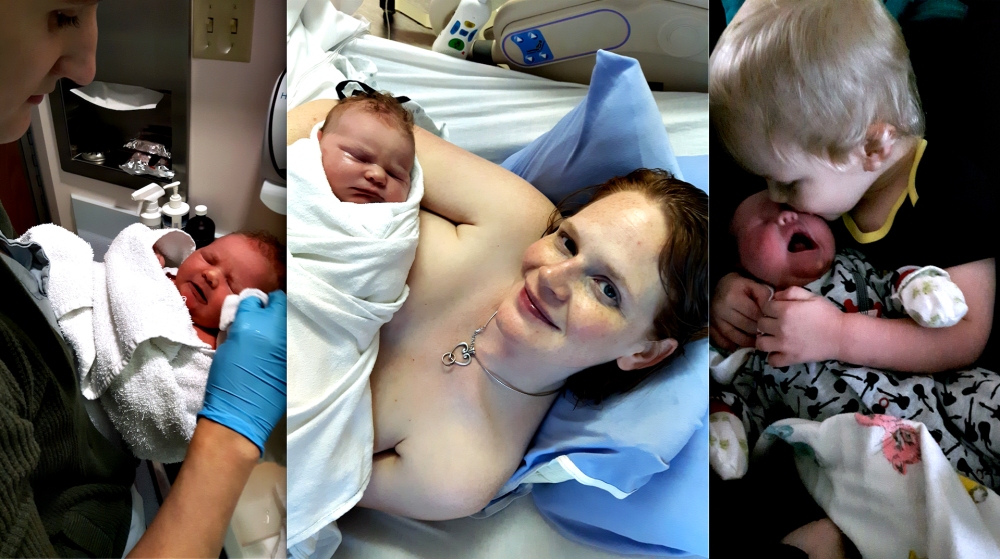 So, we had another bit of magic. On Oct. 25. A girl. Brytallique Arguebarn Firehazard Wilkie. Named after my imaginary childhood ombudswoman.

Srsly though, srsly. Calm down guys.

Elizabeth cooked another beauty. The babe (Whom we will call Beth (After MacBeth, the Scottish play that shall not be named)) is wonderful and glorious. 9 lbs 4 ozs of cat-like yelping and opulence.

If she were a ham, which the doctors repeatedly assured me she is not, she would be worth $80.00 going by current Alberta meat prices.

This is how it went down.

The birth of my daughter, poem form:

Violets are not corn

“Why aren’t you giving me anything for the pain?!?”

A baby is born.

See, Elizabeth was too far into labour to get the epidural, so she had to champ it out. And she did. Like a champ.

Really, it all happened so fast. There were contractions, then were was vomit, then I was driving down the Anthony Henday at 150kmh, then we were in the hospital, then there was a lot… a lot… of yelling, then there was baby.

I remember making a joke with the doctors during the birth. They said that Elizabeth should use her anger to push, stop yelling, and use it to push. Then I said if it was cool with her, I was going to head over to my friend Matt’s and hang out with him and drink beer. She says she doesn’t remember me saying this, but Beth was born several minutes later.

Also, I remember a terse moment with the doctor about wether or not I was going to be able to keep the scissors that I cut Beth’s umbilical (twice, ask me about it) with.

Sadly, I did not.

Thank you for keeping with me.